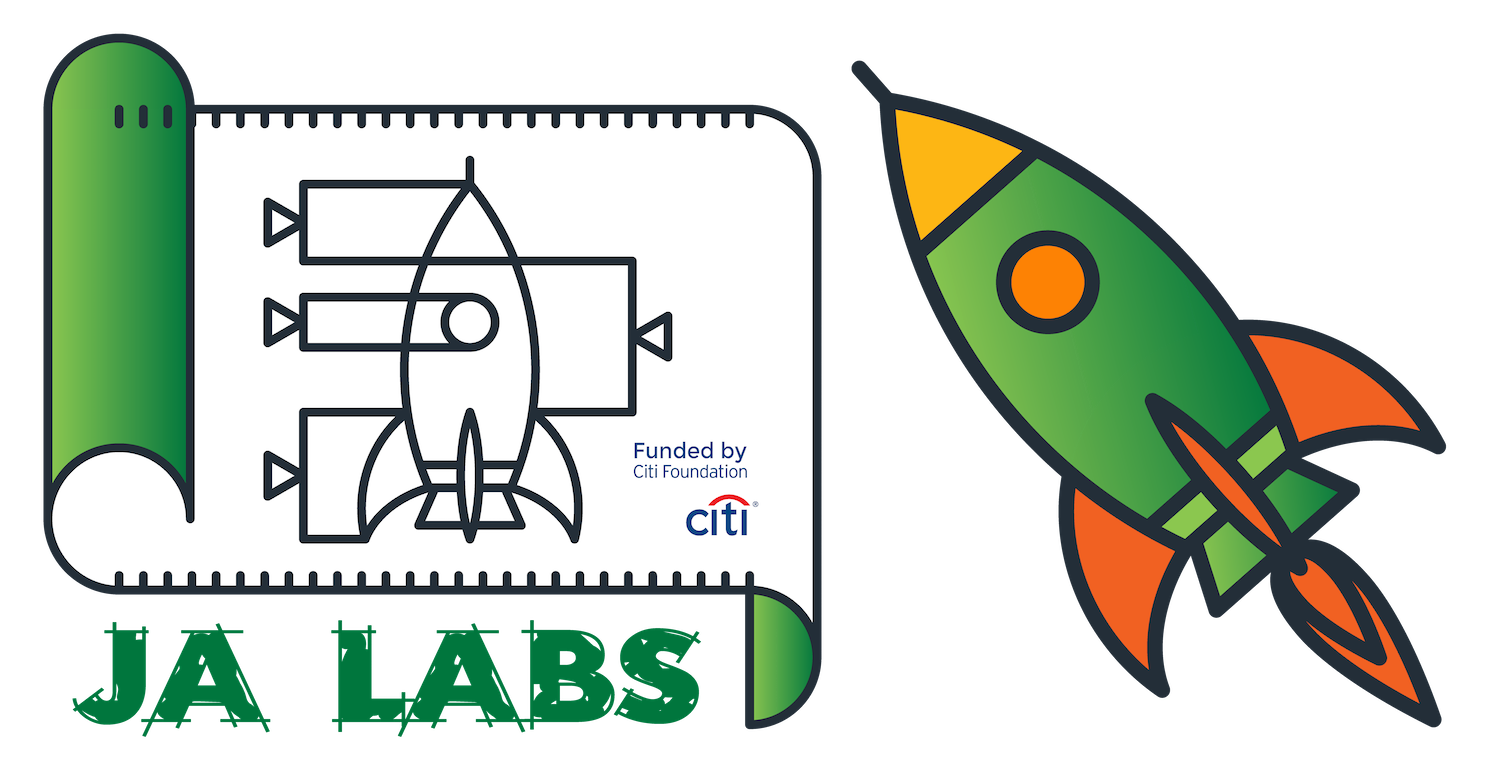 In this three-part series, JA Worldwide is featuring JA Labs grant recipients from the first and second rounds, as well as the most recent winner from the third round, awarded in November 2019.

Great ideas are out there if you know where to look. In 2017, JA Worldwide President and CEO Asheesh Advani and Global Chief Development Officer Brandie Conforti knew there were innovative ideas and projects in various stages of development and execution in the JA network, and they wanted to help local JA offices make those ideas—whether brand new or previously piloted—become a reality. Citi Foundation saw the potential, too, and JA Labs was born.

Unleashing Innovation in the JA Network
Funded by Citi Foundation, a JA partner for more than 30 years, JA Labs encourages innovation and risk-taking in the JA network. By encouraging out-of-the-box thinking and calculated risk-taking, JA Labs aims to create an organizational culture that fosters network collaboration and rewards creativity. As a result, local JA offices have more space to innovate, experiment, and launch new ideas. “We’d heard from the JA network that they were testing innovative ideas,” said Asheesh. “We wanted to highlight innovations that aligned to both our strategic goals and our impact goals.”

With over 100 JA member countries, there was no shortage of great ideas ready to launch—they just needed the right opportunity. In July 2018, JA Worldwide began taking applications from around the world for funding for JA Labs. Open to every JA location, the JA Labs fund would support the launch of a brand-new idea or scale an existing initiative, but it had to be creative, replicable, and innovative.

Over the three rounds of JA Labs from 2018 to 2019, funding has been granted to JA of Northern California, Young Enterprise UK, JA Italy, JA Bulgaria, JA Singapore, and, most recently, INJAZ Lebanon. In this three-part series, we’ll take a look at several JA Labs grant recipients and how, despite geographic and cultural differences, they all have one major thing in common: each project is working for the future. Through technology and social needs, each project focuses on the future of JA students, the future of work, and the future of society.

JA Labs in Northern California
One late sunny afternoon in fall 2017, in a conference room in San Jose, California, U.S., JA of Northern California hosted S.H.E. Leads, a networking initiative for high-school girls meant to introduce them to careers in science, technology, engineering, and math (STEM). It was a long but exciting day of round-table discussions and career-focused activities. By late afternoon, the event had ended, but none of the participants wanted to leave. In fact, more than 120 girls and nearly 50 professional women were talking enthusiastically, sharing stories about classroom experiences, personal interests, and career prospects. “It was the strangest thing,” reflected Cristene Burr, President and CEO of JA of Northern California. “Everybody just stayed. The mentors stayed, the girls stayed, and they just couldn’t get enough of talking to each other.”

With more than 26 million STEM jobs in the U.S., women are vastly underrepresented in both the professional and educational spheres. JA of Northern California neighbors Silicon Valley, home to a multitude of women in STEM, and many of the companies looked to JA to expose girls to careers in these fields.
​
S.H.E., an acronym for “Strengthen Her Education,” offers networking, mentorship, and leadership opportunities that are pivotal to bridging the gender gap in STEM.
​With the success of the first event, replicating and expanding S.H.E. Leads became a top priority for JA of Northern California. “We knew we were onto something,” said Heather Small, Vice President of Development for JA of Northern California. “We were so excited that we started thinking about how S.H.E. Leads could be replicated in other JA local areas. I remember sitting in the audience when the JA Labs opportunity was presented to us. Cristene and I looked at each other, and we just knew we had to apply. It was the perfect opportunity for us to share this initiative with others, not just in the United States, but worldwide.”
​
JA of Northern California has held five events to date, two of which were helped by JA Labs funding. In total, 861 girls have made vital connections to STEM careers and strengthened their futures. 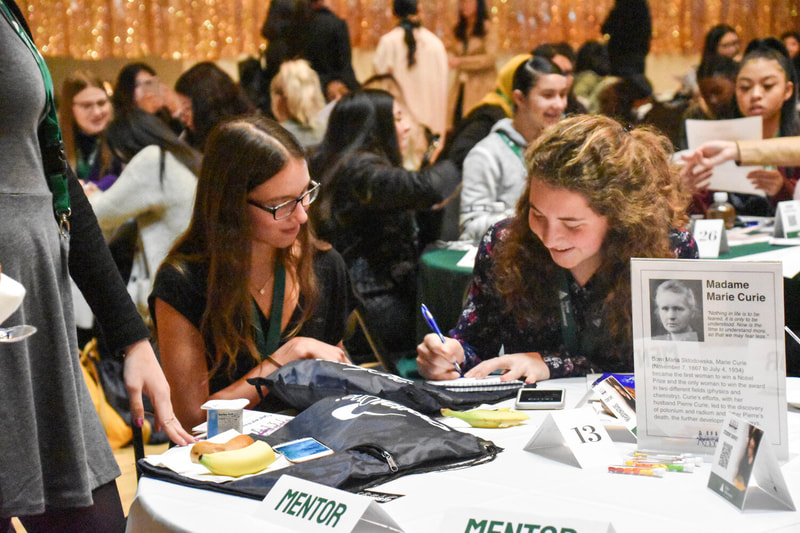 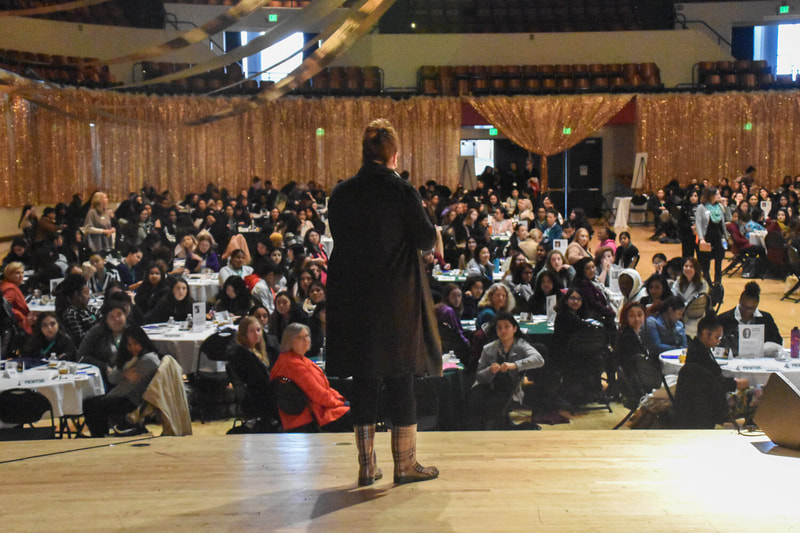 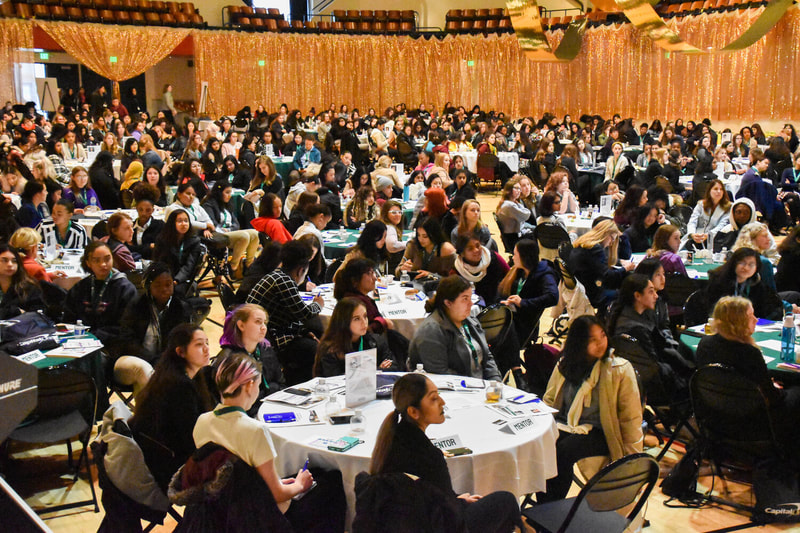 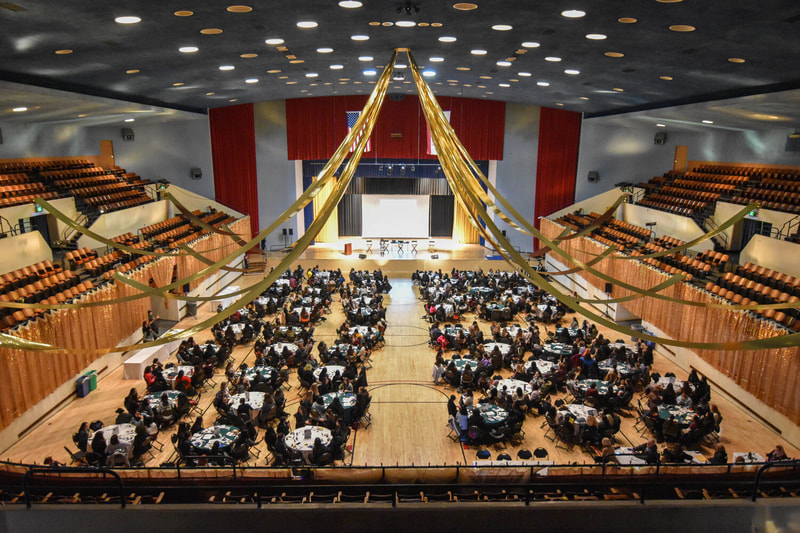 ﻿JA Labs in Singapore
Virtual-reality (VR) technology has started to permeate Western societies from the U.S. to Europe to Asia. But despite its increasing familiarity, this technology isn’t nearly as ubiquitous as cell phones and tablets. That’s what makes JA Singapore’s project unique.

“Imagine being able to experience what an engineer does on a day-to-day basis,” said JA Singapore Executive Director Hau-Yee Ng, “or see what it’s like to work in a refinery.” Hands-on learning has always been part of the JA experience. But finding and arranging JA Job Shadow opportunities in construction, heavy manufacturing, science, medicine, and similar fields can be a challenge.

In 2018, Hau-Yee learned of a VR solutions company in Singapore called Aviation Virtual, and she wanted to see what VR could do. She was amazed by the experience, during which she walked through a virtual version of a skyscraper currently under construction. “That’s when I got the idea,” she said, “for a VR JA Job Shadow program for JA students.”

Through VR, students can build a jet engine or immerse themselves in a chemistry lab. Both educational and fun, the VR JA Job Shadow program exposes students to careers, companies, and work environments not previously accessible.
​
JA Singapore hopes to share its VR apps with other JA locations in the near future. In addition to the original two VR JA Job Shadow apps, JA Singapore also hopes to create several more in cooperation with major companies, including a global oil refinery and a luxury automobile manufacturer.

Preparing Youth for the Future of Work
While no one actually knows what the workplace will look like in 2030 or 2040, JA of Northern California and JA Singapore are actively preparing today’s young people for the jobs of the future and empowering students to explore different options for their futures. Thanks to JA Labs and Citi Foundation, JA locations around the world are continuing the JA mission, preparing young people for employment, arming them with the skills they need to succeed, and creating tomorrow’s entrepreneurs—and they’re doing it in unique and innovative ways.
​
Stay tuned for part two of our JA Labs series, where we’ll discuss how JA Italy and JA Bulgaria bridged cultural gaps and reached across continents bring JA programs to young people outside their borders in two very different ways.